With great power comes... a learning curve. But Wire is a friendly patching environment that is easy to learn. If you´re new to patching, Wire is a great app to start exploring. Our built-in suggestion system shows you which nodes can be connected to other nodes. It also includes documentation for each node, many example patches, in-depth articles, and video tutorials. With Wire we´re flattening the learning curve of patching.

Wire lets you create sources, effects and mixers to use in Arena & Avenue. Do as much intricate patching in Wire as you like. Expose the parameters you need to play the patch with Arena or Avenue and keep your live performance interface simple and clean.

Wire lets you chain together combinations of effects and do advanced video compositing. Almost all video effects that come with Arena and Avenue are included. Wire them up to create effects impossible to build in Arena Avenue and create exactly the look you want. Load images and videos inside a Wire patch to do masking and compositing. Wire´s built-in video mixer works similar to the layers you know from Arena and Avenue. The result? Multi-channel video in one clip!

Combine a circle and a chevron and you get ?. Just like that. Wire includes a very powerful 2D shapes system that allows you to create 2D content in all kinds of weird and wonderful ways. Go from basic circles and rectangles to morphing blobs.

From one to many in a single click. Almost every node in Wire can be instanced, running multiple copies of itself. Send multiple values between nodes through multi-channel connections. You want not 1 but 10 circles? Just increase the instance count. Wire instancing will allow you to work with collections in a way that is intuitive and efficient.

Position your instances into grids or circles or anything you like, then animate those positions to generate all kind of mesmerizing visuals.

Your chase for the perfect slice chaser is over: just build your own. Create slices in Arena´s Advanced Output and use Wire to scale and position your content, render slice outlines and animate at will.

Make your visuals bounce to the music. In Wire you can get the full Audio FFT spectrum from Arena & Avenue to animate anything and everything. This way you can build your own audio visualizers.

Wire can send and receive MIDI & OSC. Via these protocols you can control your patch with a lot more expression than just the mouse and keyboard. By sending out MIDI or OSC you can control other applications too.

Literally hundreds of great real-time VJ effects and generators have been created by the ISF community and most of these are shared online. Load an ISF shader in Wire so you can edit it and expose the parameters you want to see when using it in Arena & Avenue.

Is node patching too easy for you? Just write your own shaders via the ISF node and take your GPU to a whole new dimension. 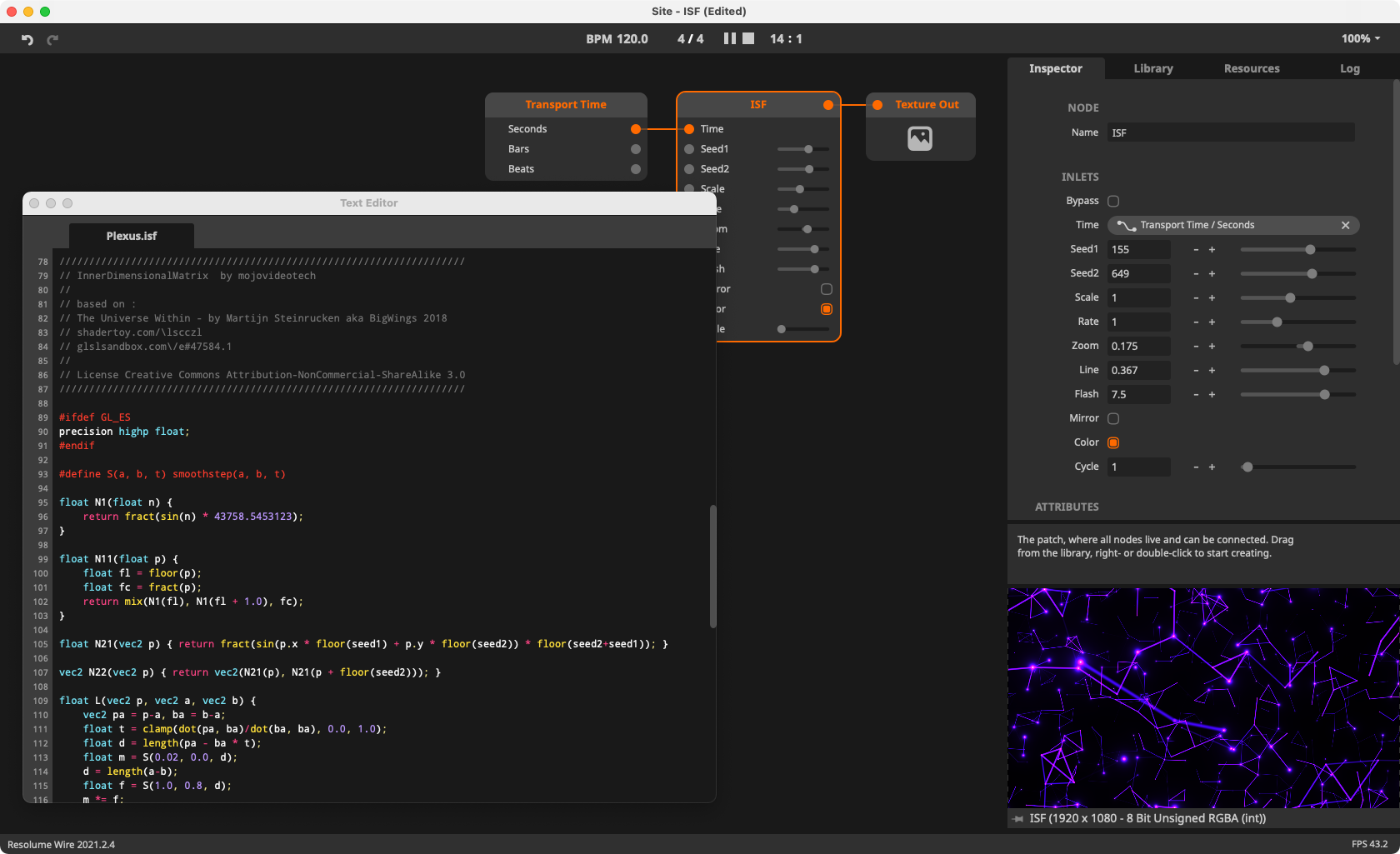 Share you masterpiece with the VJ community. For easy distribution you can compile a patch with all its assets into one file. You decide if that patch is editable by the en 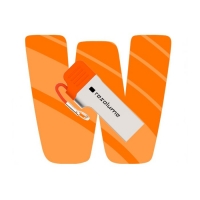